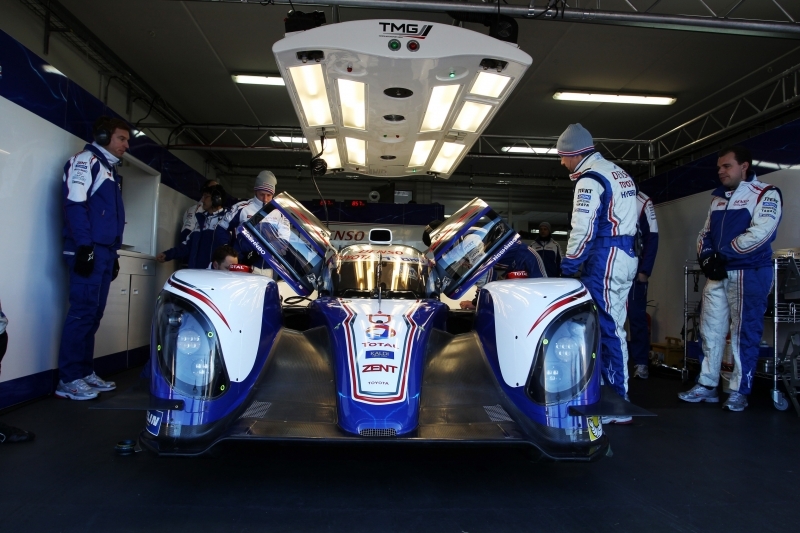 Similar to the old VHS/Betamax tussle (if you’re old enough to remember), and more recently HD DVD/BLU RAY DVD format war – there is an engine power-train war of sorts going on between car makers in recent years. With the price and supply of fossil fuels getting more uncertain by the day, not to mention the global warming phenomenon caused by rising CO2 levels in our atmosphere, manufacturers are investing billions into research and development, in the hope of developing the next ‘Big Thing’ – first. All this is good for the consumer, and hopefully for our environment too, as car makers have all realised that we need to find a better way of powering our vehicles and other equipment heading into this new millennium.

Toyota of course was one of the very first out of the blocks, with it’s now best-selling Hybrid Technology in the Prius introduced way back in 1997. The Prius has since passed the 3 Million sales figure globally and total Toyota Hybrid sales over 5 Million. Development of this technology by Toyota was a by-product of Toyota’s core value of showing respect to our environment. Hybrid doesn’t necessarily have to mean boring though – as some people seem to suggest. This is evident when considering the Toyota TS030 Hybrid Racer that placed 2nd in the famous 24 Hour Le Mans earlier this year. And the racing hybrid technology was further extended when Toyota debuted the remarkable 396 Kw Yaris Hybrid-R Concept at the 2013 Frankfurt Motor Show.

Then there is the Ford EcoBoost engine that has won a brace of Engine Of The Year Awards. Ford has responded to the need of providing more efficient cars that are less harmful to the environment by shrinking engine displacements, having them turbocharged and using a variety of other innovations like direct fuel injection. These engines too have proven popular and Ford foresees that up to 90% of their vehicles will utilize an EcoBoost engine by 2014.

The Germans have taken the route of Diesel Turbocharged engines mostly as is evident from the TDI VW and Audi engines that are also wildly popular here in South Africa.

And into this mix, there is the Tesla Model S, developed by our own homegrown innovator par excellence, Elon Musk. This car is fully electric and has been making waves in the US recently and is poised to be the first electric car to make it in the mainstream.

So when I came across this very interesting article detailing Toyota’s take on the future of engine powertrains, I thought of sharing this with our readers. Original post can be found on www.autoweek.com, by Mark Rechtin.

After trailing many of its competitors in the recent engine- and transmission-technology wars, Toyota Motor Corp. will launch a swath of powertrains in the next several years, a top powertrain r&d executive said.

Here’s an update on Toyota’s efforts:

And while Toyota is joining the fight — Lexus recently trademarked “NX 2.0T” for a two-liter turbo version of its upcoming Lexus compact crossover — Saga is not convinced that Toyota will emphasize turbocharging across many product lines.

Saga believes that “upsizing” the displacement of engines, and running them on the more efficient Atkinson cycle of fuel combustion — used in Toyota’s hybrid system — may deliver better power gains without sacrificing fuel economy.

Saga declined to provide a horsepower target for the upcoming Toyota turbo engine. While Saga appreciates the performance boost of turbos, he said he was not convinced that turbocharging is technology that “makes the world better.”

Many buyers of turbo-engine cars do so for the performance boost, not the possibility of better fuel economy.

In the interim, Toyota also is examining using water/steam injection to make its turbocharging fuel combustion more efficient, but “we will need giant computers to compile the microprocessors” to calculate the best fuel-air ratio for a water-injected turbo, Saga said.

Toyota plans to expand CVT use, but only where it makes sense, Saga said.

He described further development of CVTs as “crucial and important” to Toyota.

“The Corolla CVT has great acceleration. Drivers are thinking they are in a car with a great automatic transmission,” Saga said in an interview with journalists here, after a Toyota global briefing about future platforms and design.

While the CVT could work with the Camry — rivaling the Honda Accord‘s 2013 CVT — Saga believes there are limits to the technology and Americans’ desire for it.

The next Camry, slated to arrive in the 2017 model year, will have “a next-generation A/T, probably not a CVT,” Saga said.

Future Toyota Corolla models are slated to get a continuously variable transmission.

Any larger vehicle, such as the Highlander crossover, would have too much power and weight demand for a CVT to handle. But smaller cars such as the next-generation Yaris could warrant a CVT, Saga said.

Saga: The further development of CVTs is “crucial and important” to Toyota.

Hybrid batteries: Although many automakers are using lithium ion batteries in their hybrids, Toyota has stuck with an older-tech, nickel-metal hydride formulation while working on the liquid electrolyte levels of the lithium ion.

Saga said the next Prius may offer a combination of the batteries.

“A lithium ion battery can deliver the same energy in a 30 percent smaller package, but the life span and durability is outstanding for the nickel battery,” Saga said.

Making the lithium ion battery larger to increase its long-term durability likely will encroach into occupant and cargo space.

However, for the Prius Plug-in, a lithium ion battery “is a must,” he said.

Fuel cells: By the time Toyota’s debut hydrogen fuel-cell vehicle goes from this year’s early prototypes to serial production in early 2015, the company expects to cut the cost of producing the power plant in half, to about $51,000, and to halve it again by 2020.

That cost reduction will allow Toyota to start selling the vehicle for between $50,000 and $100,000, said Satoshi Ogiso, managing officer of Toyota Motor Corp. overseeing alternative vehicles, powertrains and chassis development.

By 2020, the cost of a fuel cell vehicle “will be closer to that of a plug-in hybrid vehicle, and cheaper than an electric vehicle,” Ogiso said at a press briefing here, where journalists drove mules of the fuel-cell powerplant.

In 2007, when Toyota built about 100 units of the Highlander fuel cell demonstrator vehicle, the fuel cell system cost nearly $1 million per unit.

The upcoming Toyota fuel cell sedan — to be unveiled at the Tokyo Motor Show in November, and which goes on sale in 2015 — is projected to have total global sales of between 5,000 and 10,000 units. Those volume efficiencies should help reduce the cost of the fuel cell pack to just 5 percent of what it was less than a decade ago, Ogiso said.

Toyota plans to launch its fuel cell vehicle in 2015, with the possibility of a 2014 launch in some markets.

“We can see our goal,” in terms of hitting cost targets, although cost parity with traditional hybrids may take some time, Saga said. “We’re taking out the engine and transmission and replacing it with a fuel cell and a small motor. I don’t see it as too expensive to sell.”

He said the original Prius was challenged by the same naysayers about cost accounting, and the Prius in now a profitable car. But the infrastructure hurdles of hydrogen refueling will keep mass acceptance low compared with gasoline-hybrid cars, Saga said.

Electric vehicles: Saga is not a big proponent of electric vehicles. He said Toyota — or any large-scale automaker for that matter — would not have developed the RAV4 EV if it weren’t forced to comply with California Air Resources Board regulations.

And while Saga admires the performance of the Tesla Model S, he doubts if the business plan can grow “when sales are based on targeting rich users for whom this is their third or fourth car.”