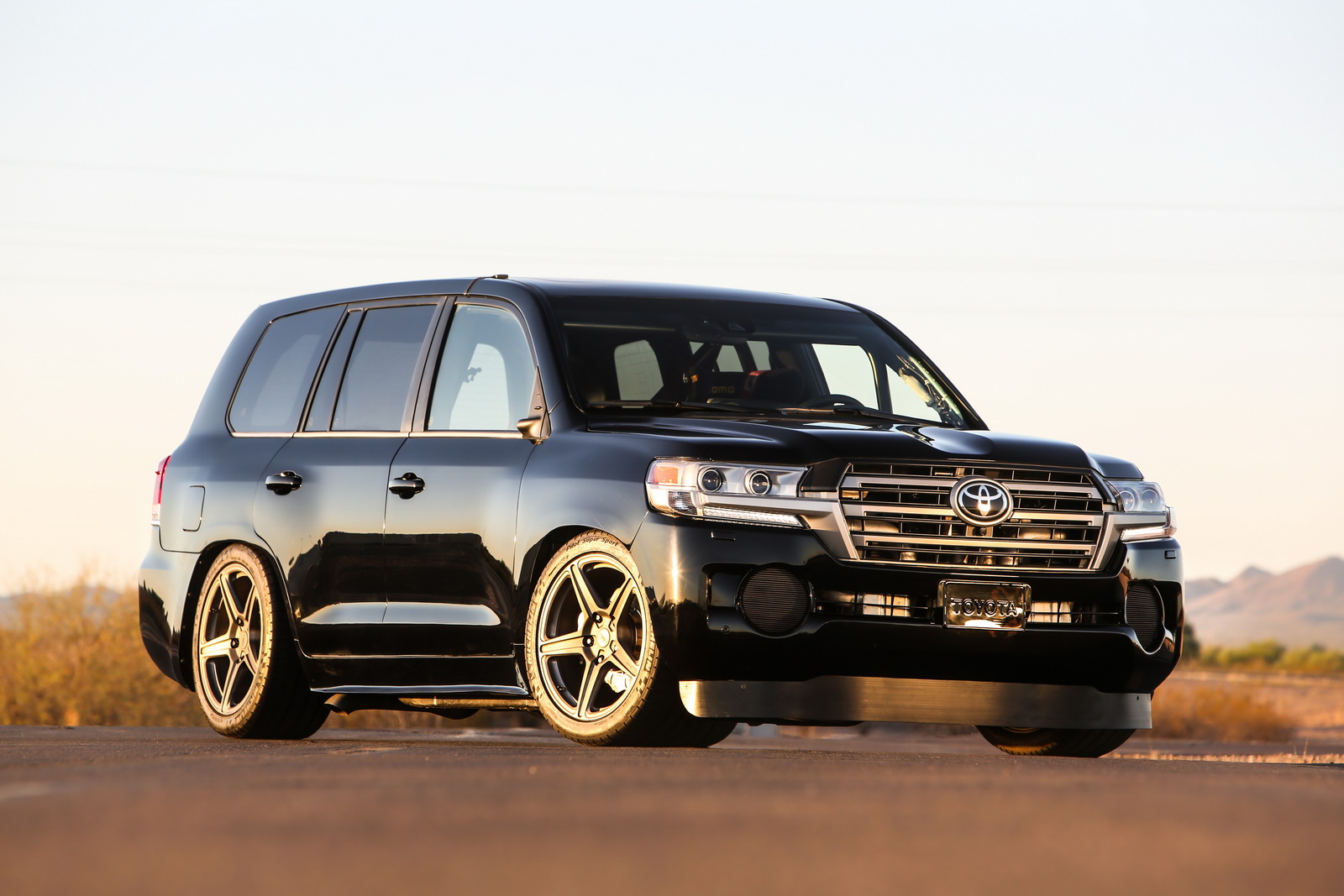 Toyota went kinda beserk at this year’s SEMA show in Las Vegas. Why? You will soon see, with some of the hottest Toyota’s on 4 wheels ever seen.

Toyota displayed no less than 30 vehicles at the show, with six of the most daring and extreme cars pictured below.

In their own words – the project either honours the past, explores the present, or reveals the future. One model we’d LOVE to see for the future is the heavily modified Land ‘Speed’ Cruiser 200. Officially now the world’s fastest SUV.

You can view the original article together with a ton more images at: http://www.carscoops.com/2016/11/toyota-presents-six-extreme-cars-at.html

Based on the Lexus LX570’s naturally aspirated 5.7-litre V8 that generates 270kW and 530Nm, the incredible creation boosts those numbers to crazy levels, which are necessary to shift the modified car’s 2.7 tonne mass to 354km/h.

Making use of a pair of Garrett turbochargers plumbed into a “fully-built 5.7-litre Toyota V8” the bonkers machine puts power to the ground through a custom ATI transmission. Toyota reckons “Every single thing inside this build has been touched,” which makes it the “world’s fastest SUV”.

Toyota even created a small freeze-feed reservoir within the engine bay, to which ice can be added during short runs to help cool intake air.

On top of the heavily fettled powertrain, the Toyota Land Speed Cruiser benefits from mega chassis upgrades and stability upgrades, dumping the off-roader low to the ground.

The US XTREME Corolla!

The XTREME Corolla takes the core values of Toyota’s compact vehicle to the extreme. Using aggressive, yet bespoke style cues, the Corolla was converted into an eccentric-looking two-door – thanks to the car maker’s collaboration with Cartel Customs. Its interior also received a one-of-a-kind floating center console, and a JBL sound system.

The blue Sienna is called the Swagger Wagon and it’s described the equivalent of a flying jet; the pinnacle of luxury transportation, in Toyota’s vision. The lowered and widened minivan comes with plenty of exterior carbon-fiber and race-inspired enhancements, but the interior is where it shines! Thanks to a high-end theater system, wi-fi connectivity, and a custom-built leather interior, you won’t care how it looks on the outside.

Inside the ﻿﻿﻿Toyota﻿﻿﻿ Sienna

Next up is the Prius G!

The Prius G was conceived to…prove that hybrids can handle. Toyota says it sticks to the road like bubble-gum, so much so that it pulled 0.99 g on the skid pad at Willow Springs International Raceway. What’s even more astonishing is that although It’s inspired by the Prius GT300 race car, it’s still your run-of-the-mill hybrid underneath.

And rounding off the stunning SEMA Toyota creations, is the full-fat GT86 CS-Cup race car, that currently competes on the European circuit.

So – the big question is… What do YOU think? Wouldn’t it be nice to have these Toyota’s on the road..soon 🙂

Let us know in the comments which is your favourite, and why!