The Making of an Arctic Trucks Hilux 6X6! 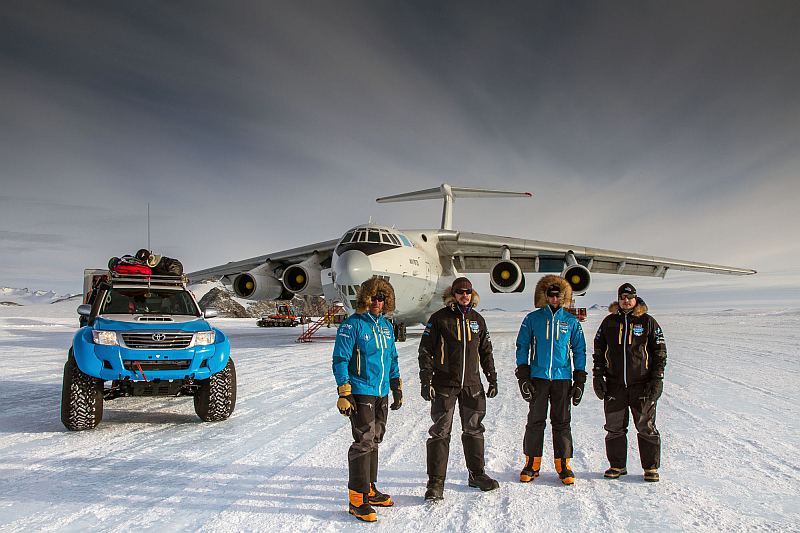 Looks like a caterpillar on wheels doesn’t it? This magnificent creation is the handiwork of Arctic Trucks. Yes, the same dudes that modified a Hilux 3.0 D4D for Top Gear to drive to the North Pole in 2007.

And in 2010, Jeremy Clarkson drove the exact Hilux up the ash-spewing Icelandic volcano, named (wait for it) Eyjafjallajökull. If you can pronounce that, you deserve a pat on the back 🙂

Two years later, the engineers at Arctic Trucks were at it again. This time preparing another Hilux 3.0 for the journey to the South Pole! They opted for a 6 wheel configuration this time, due to the ice-slick driving conditions in Antarctica. The extra axle also effectively doubled the payload capacity to 2 tonnes.

The chassis is all-new from the front wheels back, there’s a whopping 400-litre fuel tank, new suspension and brakes, an airline for pumping up the tyres (which run at an almost-deflated 2psi on the snow for flotation), a re-routed exhaust, plus, of course, the extra rear axle.

Under normal driving, the Hilux remains rear-wheel driven (powering the 2 rear axles). But by activating the 4WD (which should read 6WD!) a series of diffs are engaged to send power where it’s needed most for traction.

You would think with all these extra modifications, the Hilux’s engine would need an upgrade too. Not at all! The same 3.0 D4D engine that drives your beloved Hilux was enough to propel the truck along the Antarctic ice and snow.

So there you have it. Is it any wonder now, that the Hilux is the undisputed king of the beaten track?

Oh, and don’t forget to check this really cool video, showing you exactly how they built this machine.

Disclaimer: Modifying your bakkie into a 6X6 will most definitely void your factory warranty!

But if you really are thinking of getting one of these extreme Hilux’s, you better contact the guys at 4wdtruckin.co.za. They’re the official Arctic Trucks agent in South Africa.

These Toyota’s were done by 4WDTruckin, right here in South Africa!