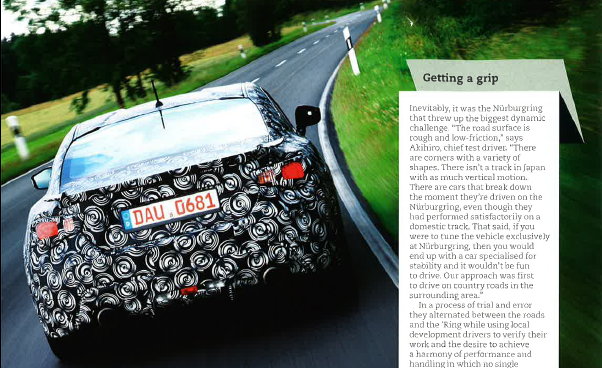 We just had to share this awesome Toyota 86 32-page Special from Wheels Magazine Australia with you. Peter Robbinson of Wheels Magazine is a huge fan of the 86. He narrates the story as it begins in a Toyota Motor Corporation boardroom, during January of 2007. The message was clear – Akio Toyoda, grandson of Toyota founder, and soon to be company president, wanted to inject some “Waku-doki” (excitement) back into Toyota, by building a new sports car. This car was to carry on the legacy of past legends like the AE86, Celica, and the Supra – be fun and exciting to drive, while still being affordable to the majority of car enthusiasts. No mean feat, but one that the Toyota engineers were up for. This is the story of the 86.

The magazine insert is embedded below to view and can also be downloaded via the link for easier viewing.