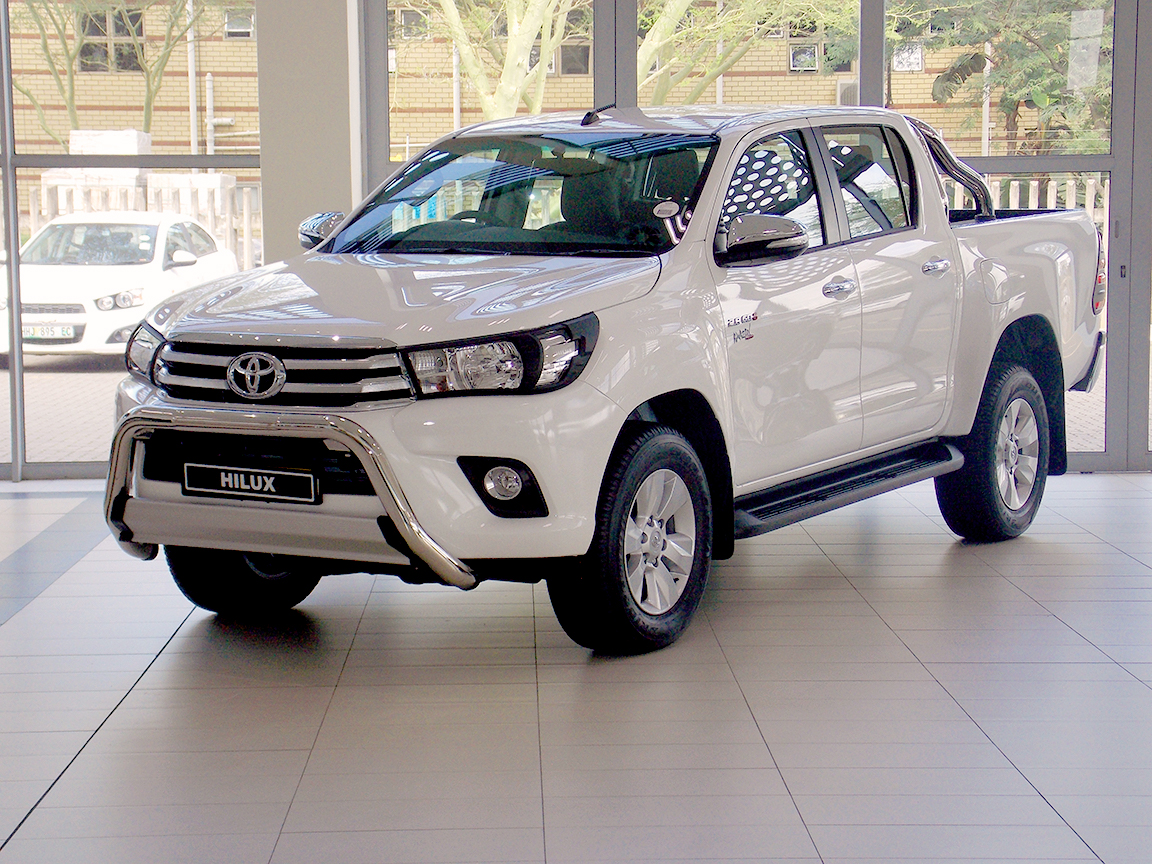 What's better than a brand new Toyota Hilux?
Our pimped out Hilux Amazon Edition of course!

Because who likes plain vanilla ice-cream with no chocolate sauce on top? (thought so!)
The new generation Hilux is well into  its 2nd year, and has been a runaway success already.
It finished 2016 as South Africa's best-selling (read: favourite) car, and is cruising to the same result in 2017.

Why South Africa Loves the Hilux?

Apart from the Hilux's legendary toughness, reliability and  "never say die attitude" -- the new Hilux also adds an air of sophistication with its "car like" interior.
But make no mistake, under the metal - the Hilux is tougher than ever.
When Hilux owner, Floors Bredenkamp, came across a 16 ton horse-and-trailer that had got stuck in a ditch while attempting a u-turn, he quickly decided to take the situation by the scruff of the neck and successfully rescued the truck with the help of his Hilux! (To the astonishment of witnessing drivers) Check it out below.

We took something that was already perfect, and added our famous touch!
So when you buy one of our exclusive Amazon Edition Hilux's - you will stand out from the crowd.
Here's how:

Now I don't blame you for expecting these extras to come at a substantial extra cost. But whereas the normal retail price of the Hilux 2.8 GD Double Cab Automatic is currently R511,000 - you can own the Amazon Edition Hilux 2.8 Double Cab Auto, with all the extras for an amazing R474,990!

We've already delivered a number of Amazon Hilux's, and we're hoping to get you behind the wheel of one too. Get in contact with our team and you could be driving one sooner than you think! (full photo gallery below)

ENQUIRE NOW ON AN AMAZON HILUX!

Get your own Limited Hilux Amazon Editon!

You will also receive an email containing a PDF with our latest deals!