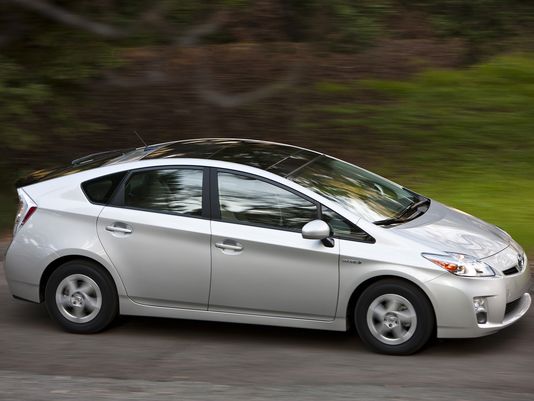 In the good old days, it was not uncommon for a car (especially if it was a Toyota) to run well over the 500,000 km mark. Cars were made of steel back then, the men smoked Marlboro and a teacher could cane a skelm child yet nobody would bat an eyelid.

But times change. And things are not made to last anymore.

It’s good to know you can still count on a Toyota! Don’t take our word. Consumer Reports, an American consumer watchdog magazine, ran a survey spanning 1.1 million cars. They looked for cars that had the greatest likelihood of reaching the magical 200,000 mile mark (320,000 kms). The top 10 was made of five Toyota’s and five Honda’s.  No other car or brand made the list.

The cars are all plain Janes; no luxury models. And top of the pile was the Toyota Prius, which has the added benefit of saving you tons of fuel along the way.

Picking the right car is half the battle.  Your car needs to be maintained according to service schedules, to get the most out of it. Even missing a single oil change, can prematurely kill your car, the magazine said.

• Toyota Camry, with a four-cylinder engine

• Honda Accord sedan, also with a four-cylinder engine

• Honda Civic, but not the hybrid, Si or GX

The magazine also conducts a popular annual reliability survey. Guess which brands were number one and two for the 2nd year running – Lexus and Toyota. Check out the results here.

Toyota Quantum VS Nissan Impendulo. Finally, Get The Real-World Verdict!