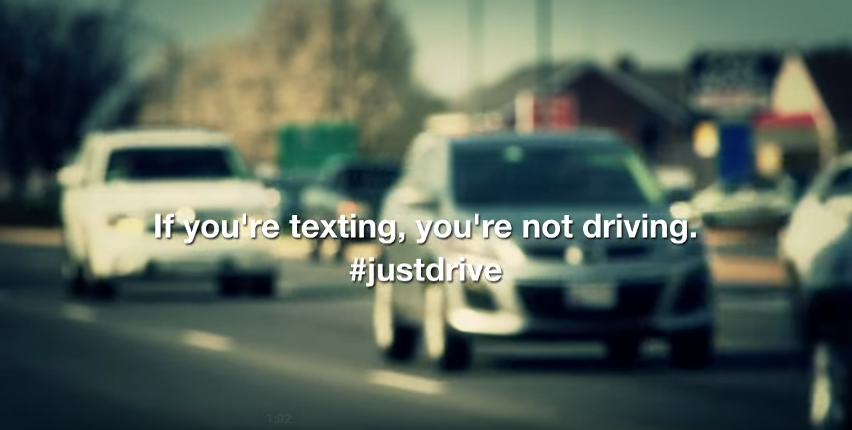 exting & driving. We all do it, right? Even if just occasionally.

I always KNEW it was dangerous, but the point didn’t home until someone sent me the video below on Whatsapp recently.

Maybe it's because we recently lost a family member in a car accident too...So when I viewed this video -- and the devastation it brought to an entire family -- in a matter of seconds.... Yeh, I realised the dangers are very. very real.

Now you may be saying to yourself, "I'm more experienced than some newbie teenage driver. I can handle it,"

Think again! At 1:47 into the first video, watch how the truck driver simply picks up his phone to change a music track, glances at it for what looks like 3 seconds, before looking up and to his horror, realising he's going to hit into a car that had suddenly stopped.

Was he just too slow to react? I don't think so. When you 'text' while driving, your focus moves away from the road for an average of 4.6 seconds. Add to that mix - driving at a safe speed of 100 km/h, that's enough time to traverse the length of a football field. So there's a high possibility that you'll miss something that was NOT in sight when you took your eyes off the road.

Driving is already an activity with inherent dangers to worry about. Adding the distraction of the mobile phone makes the situation infinitely more hazardous.  It's time we all did something about it. So today, I'm committing to NEVER text & drive. I ask you to do the same.
Here are a few stats on the dangers of driving under the influence of text or mobile distraction:

Can you believe that last point?! Texting while driving reduces your reaction time EVEN more than taking cannabis? Wow. It's time society frowned on the texting (while driving) epidemic just as much as being under the influence of drugs or alcohol.

I have two videos on the topic. They're not terribly long -- about 4 minutes each. But please watch them through to the end. And if you have young drivers (or you are a young driver), make sure you watch the second video. It's about a young attractive teen, who describes what a huge part the mobile phone played in her life. And it was the same mobile that led to her horrific accident -- that altered her life forever.